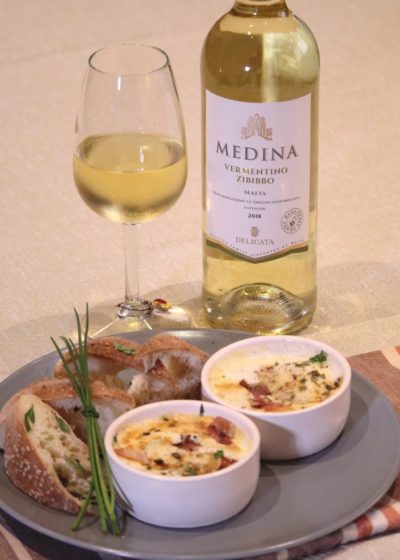 The egg measure of skill

White wine is to a winemaker what the egg, one of the most finicky but essential staples of cooking, is to a chef: a telling gauge of ability and skill.

Making white wine is easy but hard to master. Requiring a delicate touch, an exact sense of timing and an almost intuitive feel, many winemakers consider their first truly great white wine a bigger career milestone than their equally outstanding red.

The white winemaking craft demands meticulous care: precise yeast selection, gentle handling during fermentation, exact cooling of tanks, keeping oxygen away, correct heat and cold stabilisation and subtle fining and filtering prior to the wine’s cautious bottling in order to keep it fresh and fragrant.

There is so much to watch out for.

Red wines, on the other hand, are generally more forgiving. They can take a degree of oxygen whilst they ferment and age and don’t really require heat and cold stabilisation or fining and filtering. With reds, winemakers have time on their side and elbow room with blending.

Many different countries, like Malta, now produce aromatic, textural, racy, expressive, fruit and terroir-driven white wines that show excellent varietal character. The traditional wines of continental Europe have been joined by a new generation of whites which, though often modelled on established classics, offer exciting flavours.

Likewise there’s so much more to eggs than the tried and tested staples. Even with centuries of recipes to fall back on, cooks keep on inventing original preparations.

Maltese chefs, too, now confidently serve up their personal take on famous recipes by their Michelin-starred peers. Inspiration is drawn from, for example, the truffle yolk by Eneko Atxa, the Heston Blumenthal’s sous-vide scrambled egg, the hen-and-egg dish by René Redzepi or the Alain Passard Arpège boiled egg.

Egg-based recipes can be tricky to match with wine, though, especially when the yolk is still runny.

As it happens, white wines are the go-to choice. When dairy sauces are involved, like hollandaise with Eggs Benedict, unoaked Chardonnay is usually a safe bet. But racier Sauvignon Blanc and local Girgentina might be better with sauces that are markedly lemony. Home-grown matches of all three varietals can be found in Delicata’s award-winning Medina range.

There are few dishes that strike fear into the hearts of sommeliers like oeufs en cocotte or eggs baked in little crocks in bain-marie.

But even this tasty classic, prepared by cracking an egg in a ramekin with a dollop of crème fraîche at the bottom, is not an insurmountable problem.

Actually it’s a textbook case of how to align the contrarious yolk texture with wine. Adding almost anything savoury like finely chopped mushrooms, ham, salmon or cherry tomatoes will facilitate the match.

My personal fix consists of mixing in tarragon, coriander and a drop of lime juice with the fresh cream. Served with fried local bacon bits on top and plenty of plain ftira on the side, the dish pairs up wonderfully with a glass of Delicata’s unique aromatic, dry white Medina blend of Malta-grown Vermentino and Zibibbo.

Endlessly flexible and always delicious, deceptively simple to incredibly complex, eggs and white wine combinations are an evaluation of culinary knowledge and winemaker’s skill, all to the delight of the gourmand.

This article by Georges Meekers first appeared in Times of Malta on 31 January 2020.

Any cookies that may not be particularly necessary for the website to function and is used specifically to collect user personal data via analytics, ads, other embedded contents are termed as non-necessary cookies. It is mandatory to procure user consent prior to running these cookies on your website.