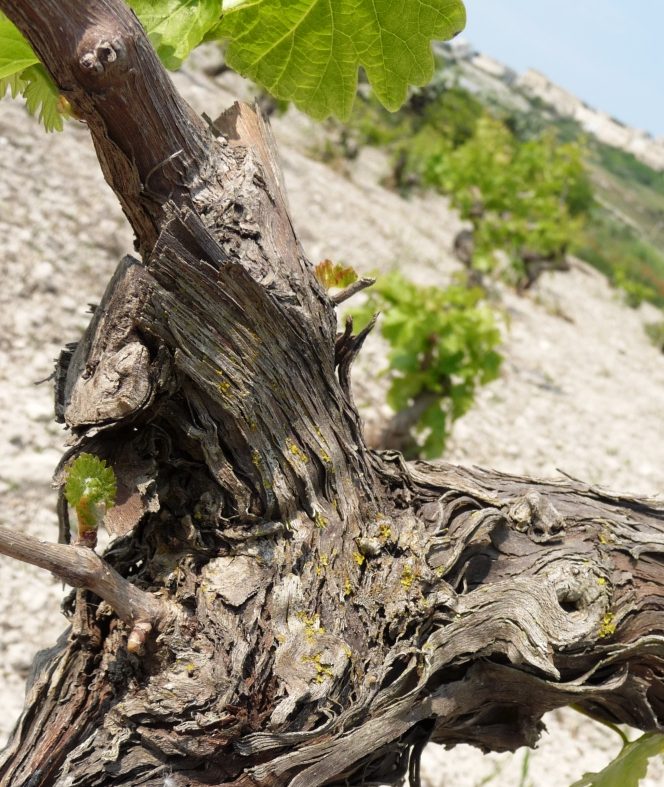 Listing bottles on wine lists according to the soil type the grapevines grow in instead of by wine style, grape variety or winemaking region is the latest fad. I’m all for novelty but is this really a helpful way?

It’s easy to see where this trend is coming from. Wine professionals and aficionados alike are quick to tout analogies that link wine characteristics to soil: a whiff of gunflint in Sancerre grown on silex, a taste of graphite in the wines from the schist slopes of Priorat in Spain, a speckle of volcanic ash in Piedirosso from the flanks of the Vesuvius.

While geological factors do mark the character of a wine from a particular region, the idea that we can actually taste a pure line from the earth to the wine is contentious.

When describing such purity in wine one merely uses the language of evocation. It’s impossible to literally taste wet slate in a glass of German Riesling. There’s no direct dispersion from the slopes of the meandering Mosel to your palate. Minerals don’t gush directly from Kimmeridgean limestone into a glass of steely Chablis.

Besides, the matter is far more complicated than the new-fangled wine list headers such as ‘alluvial’, ‘volcanic’, ‘limestone’, ‘granite’ and ‘slate’ suggest. There are many other variables that define the influence of earth on wine than those considered in academic soil and bedrock classifications. How about depth, porosity, texture, relief, elevation, water holding capacity, ability to retain or deflect light off the vine canopy, organic matter content and human interference?

I doubt soil type per se can ever be a useful touchstone to split a restaurant’s inventory in groups of similarly tasting wines, which after all is the purpose of any list.

Just take two red wines made from two different grape varieties like Nebbiolo and Zinfandel. Even if both cultivars are planted in the same sandy clay, the flavours in a Barolo will be very unlike those in a glass of sticky premium red from Lodi.

Categorising wine for the benefit of patrons who want to choose the right bottle to go with their food based on the assumption that the uniqueness of wine is rooted in the soil is too naïve and impractical.

A producer’s Sauternes, sweetened by noble rot, tastes very different from his dry white wine made from the same varieties grown in identical gravel. Both would sit together on the list but I guess you wouldn’t contemplate having the former with delicately poached fish, would you?

Of course, different soil ecosystems can bring out subtle nuances. However, grape variety, climate and weather, viticultural practices and the winemaker’s mark are also all shaping factors.

I can’t but think that the vast majority of a restaurant’s clientele won’t understand or appreciate this novel effort. In the absence of a persuasive sommelier, customers will find themselves in quicksand and reflexively buy on price, grasp for their faithful label or give up entirely on purchasing a bottle.

In general, I recommend engineering the wine list according to a clear partitioning that keeps the client’s needs and logic in mind.

First divide the wines by sparkling or still (an aperitif, anyone), then split the wines further by colour (red or white with that dish or do we order rosé), continue separating by different wine styles (fruity or aromatic, light or fuller bodied, wooded or not) and grape variety (the usual or anything but Chardonnay and Cabernet), and have a distinct section for sweet wines (to accompany dessert). Finally, cluster wines from the same region and make it a point to highlight Maltese wines, especially if the establishment is frequented by foreign visitors wishing to taste the islands’ vinous treasures.

This article by Georges Meekers appeared first in the Times of Malta, 13 October 2017.